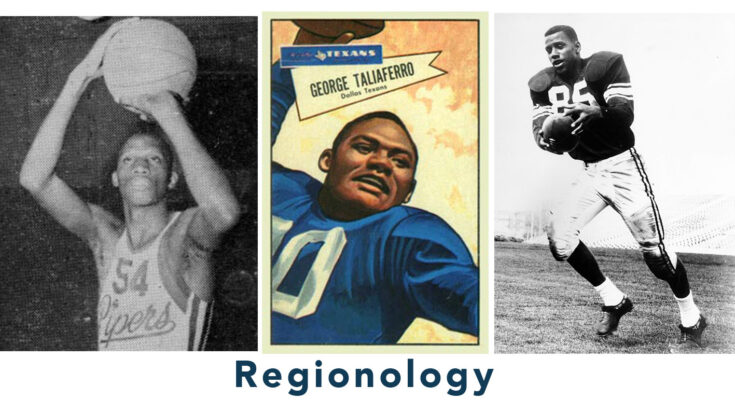 Plenty of notable athletes have called Northwest Indiana home over the years. To make it to the pros is a rare feat and a source of pride for both the athletes and their hometowns.  So The Region should be extremely proud to have three professional athletes who not only excelled on the field or on the court, but also had a profound impact on sports, society and popular culture.  Today we celebrate three exceptional Regionites who made their mark on their sport and in history.

George Taliaferro spent most of his childhood in Tennessee but attended and graduated from Gary Roosevelt High School in 1947. His decision to attend Indiana University after high school was met with concern because Bloomington, Indiana, at that time imposed restrictions on African Americans.  Even as a star football player for the Hoosiers, Taliaferro was not allowed to go to certain restaurants, dormitories and some businesses. Taliaferro was well aware of the sacrifices he would have to make in order to achieve his goals. In the program Indiana Legends: George Taliaferro, he said “I felt like I didn’t belong…and yet lying in my bunk at night I decided being discriminated against because of my race was a small price to pay to get a quality education, and I simply made up my mind that I could do that.”  While he was getting his quality education, Taliaferro dominated on the field and helped the 1945 Hoosiers garner an undefeated season and undisputed Big Ten championship.

George was drafted into the Army the following year and came back to IU in 1947. That year he approached IU’s President, Herman Wellsby, with his concern that he was unable to eat at any of the restaurants on campus or in town.  Wellsby quickly integrated all campus restaurants that year.  The Hoosiers did not have winning seasons for the rest of Taliaferro’s college career but individually he continued to shine as a three time All-American.

After college the Chicago Bears drafted the college football star, making Taliaferro the first African-American to be drafted by an NFL team.  Instead of playing with the Bears, George signed with the LA Dons of the All American Football League, but returned to the NFL when that league merged with the NFL a year later. His running prowess and mental and physical toughness were powerful weapons during his seven seasons in pro football.

After football, George focused his efforts on education.  He received a master’s degree and established a career in social work.  He returned to IU in the ‘70s to work for the university. In the following decade he would teach classes and help institute policies to make the school more inclusive. George Taliaferro died in 2018 at the age of 91, but his impact and passion can be felt at IU and by all those whom he impacted during his time on earth.

The coaches at Roosevelt High School first took note of Dick Barnett while admiring his skill draining ping pong balls into a tin cup at The Friendship House and got him involved in the basketball program.  Dick became a star player for the team and was known for his amazing jumpshot.

Barnett’s role as a trailblazing athlete began in high school with the rest of the 1956 Roosevelt High School Basketball team.  1956 holds a special place in many Hoosiers’ hearts because it was the first year that two all black teams competed for the IHSAA State Championship.  Barnett and his team competed against Crispus Attucks High School from Indianapolis, which was led by another future NBA legend Oscar Robertson.  Robertson and Attucks got the best of Roosevelt in the game but everyone involved looks back at that game with pride.

Legendary college basketball coach John Mclendon recruited Barnett to play at Tennessee State (Tennessee A&I at that time).  Barnett became and still is the all time leading scorer at Tennessee State with 3,209 points during his college career.  He was also a key component to the team that won three consecutive NAIA national championship titles.  Even more impressive was the team’s ability to excel while dealing with the hardships of being a black team in the south. “We were not accompanied by public accommodations. We were relieving ourselves in cornfields, driving in beat up cars across the country,”  Barnett explains. “And those kinds of conditions were part of growing up in the segregated south of the 1950s.” Unfortunately Tennessee A&I was denied entry into the NIT tournament and NCAA tournaments.

After college Barnett was the number 4 draft pick in the 1959 NBA draft and played for the Syracuse Nationals  (Philadelphia 76ers).  He jumped over to the ABL and won a championship with the Cleveland Pipers. Back in the NBA he played for the LA Lakers and ultimately for the New York Knicks in which he was part of the championship teams of 1970 and 1973.

Barnett was not content resting on his laurels after retiring from basketball.  He received a PHd in education from Fordham University and taught at St. John’s University for many years. He has also written four books which are available at drdickbarnett.com. Visit him and let him know that Regionites are still rooting for him

Fred attended Gary’s Froebel High School and actually became friends with former mayor Rudy Clay at a young age. As he tells it, Rudy and his brother Lonnie used to throw rocks at him when he first moved to his neighborhood, until one day he took a stand and walked up to them and said “I don’t really like that.”  From that point on Fred and Rudy became friends and supported each other throughout their respective careers.

Fred developed athletic talents in his teen years and earned the nickname “speedy” for being fast, of course.  In high school Fred was not a football star but a track star who competed in shot put and running.  It was because of his prowess in track that he received scholarship offers from over a dozen schools in the midwest and beyond.  He ended up choosing Northwestern University in Evanston, IL Illinois because of the academic standards and sharp cultural contrast from his hometown.

Attending a school like Northwestern could be considered a bold move for an African-American student in the late 1950s.  Williamson would be one of less than 10 black students in his class in a school that had over 8,000 students. “That was an opportunity to grow,” Williamson said in his interview on the Interesting Indiana Podcast. “It was an opportunity to expand my intelligence and expand my lifestyle. And maybe I’d never get the chance to see the whole world, but here is another world that I’m going to have to adjust and fit myself into. That’s what I was looking for and that is why I chose Northwestern.”

His college days were spent pursuing a degree in architecture and impressing classmates on the track. One of the people impressed with Williamson’s athletic ability was Ara Parseghian, Northwestern’s football coach.  Parseghian persuaded the young Williamson to step off the track and onto the gridiron to play for the Wildcats’ football team where he was recognized as an All-American flankerback.

After college, Williamson was signed as an undrafted free agent by the 49ers and assigned as a defensive tackle by Red Hickey. Williamson was not happy about the position change and channeled his anger to his position. Red Hickey told him to stop dropping the hammer on the offense and the nickname “Hammer” was born.

The Hammer ended up playing for the Steelers for most of his rookie season. He then played for the Oakland Raiders and finished up his career with the Kansas City Chiefs, which was coached by another Gary native, Hank Stram.  With the Chiefs Williamson played in the first Super Bowl against the Green Bay packers.

Now Williamson had a colorful career in football, but his second career would be even more groundbreaking.  After acting in the television show Julia, The Hammer made his way into Hollywood.  He starred in popular movies such as Black Caesar and Three the Hard Way, M*A*S*H and many many more.  One of his most popular films was Original Gangstas, which was shot in his hometown of Gary, Indiana.

What is most impressive is his entrepreneurial spirit and drive, which led him to produce many independent features. The Hammer has produced 20 features with his company Po’ Boy Productions and is still active in making entertainment to this day.

These three Gary natives overcame bias and discrimination to not only succeed in athletics but also to thrive in their lives after their days on the track, on the court and in the field.  People like them are just one of the reasons why the Region is so great.

©2022 Regionology. This article cannot be used or republished without explicit written consent by the copyright holder. 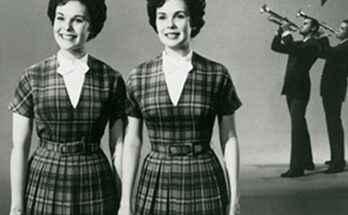