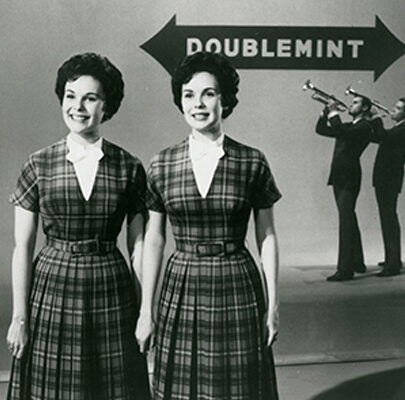 The name Wrigley and Doublemint Gum are both highly recognizable fixtures of Chicago history. But Wrigley’s Doublemint Gum ad campaign, “Double your pleasure, double your fun,” which has been used for more than 75 years, also has roots in the Region. The “original” Doublemint Twins who debuted in print and commercials starting in 1959 hailed from Hammond, Indiana, and attended high school at Bishop Noll.

Known as the Boyd Twins (their mother’s maiden name), they appeared on radio and television and released a record featuring two songs, “Without You, Baby” and “You’re Shedding Crocodile Tears.”

During their senior year at Bishop Noll, they not only appeared in a Pittsburgh Plate Glass Company full-color double page ad but were named queens of the Hammond Newspaper Guild’s sixth annual Page One Ball.

In 1959, at the age of 21, the twins signed a contract with Philip K. Wrigley to sell Doublemint Gum under the trademark slogan, “Double your pleasure, double your fun.” As a play on the word “double” in the name of the gum, the Wrigley Company had long featured illustrations of identical twins wearing matching outfits but the Knoerzer twins were the first to appear in print ads and commercials.

The sisters showed fans how they could “double your pleasure, double your fun” by doing activities together, like playing tennis and riding bikes together.

The Knoerzer sisters appeared in advertisements for the gum from 1959 to 1963, when Joan became pregnant.

Written by Jennifer Florek. Thanks to Bishop Noll Institute for providing the image and information. 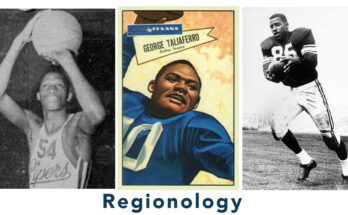